Looking back and excited about 2016

I am Rachel Pedley-Miller, in 2015 I have written Killer Cells an auto biographical play about optimism and resilience, I am excited to work with 3 Crate (including Director Peter Scott,actresses Emma MacNab and Hannah Lloyd film maker Ben Baxter) on the R&D thanks to the Arts Council Wales. Gaining confidence in my writing from scratch nights at Equity Meetings organised by Caron Reidy and through the fantastic writing workshops at the Sherman Theatre organised by Gethin with Nina for… Continue

Seven Years On - Thank You and Happy New Year!

Seven years ago, towards the end of December, I was getting ready to leave Manchester to step into a new life as Artistic Director of the as yet unformed National Theatre Wales. It was an emotional farewell to Manchester, where I’d re-opened Contact, a theatre that put young people and emerging artists at the core of everything it did, some years before, and where my friendships and artistic partnerships ran pretty deep. However, if you’d told me then that I’d be returning seven years later I… Continue

If you are a techi living near Oswestry this could be a very exciting job:

Load Cell Rental are looking for a technician to join them at their office in Oswestry.

I love you, awkward participation....CALL FOR PARTICIPANTS

So, after returning on our two month tour of New Zealand, we are now touring our award winning 'Hiraeth' by Buddug James Jones Collective across the South West of England for two weeks.
Max can not do the tour so we are now looking for someone to tour with myself (Bud) and David (musician) for the two weeks.
Here's the casting breakdown-…
Continue

A quick casting call for an R&D I am leading on in association with Blackwood Miners in the New Year.

The R&D will take place in Blackwood. 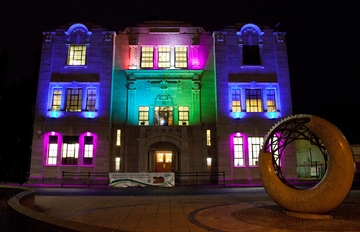 The play is Kiss Me Like You Mean It by Chris Chibnall.

Yesterday was our final day of work of the year.

We were recording Goat Street Runners and Return Journey for 'release' to commemorate the 75th anniversary of the Three Nights' Blitz on Swansea. It was a great day, and it was good fun meeting up with the old teams again.

With luck, they will be available to download and hear by the end of next month.

Have a wonderful Xmas and New Year - Adrian x…

Pontio calls on Artists and Scientists to collaborate

Pontio, Bangor University’s brand new arts and innovation centre is calling on performers and scientists to present exciting ideas as part of their SYNTHESIS project. 02 Dec 2015

Launched at the National Eisteddfod in Meifod this year, SYNTHESIS is offering a prize of £2,000 to commission two different pairs of scientists and those working in the performing arts to develop an idea together…

Hi all!
'The Insatiable Inflatable Candylion' is in full swing and every day I am waking up with a different song from the show in my head! (Today's tune is 'Harvest the Pixels').
I'll be in the SSE Swalec Staduim for every show operating the captioning ipads live.
Not quite sure what a captioning ipad is? Basically, each ipad will have the script, lyrics and description of sound effects running live on the screen. This means you…
Continue 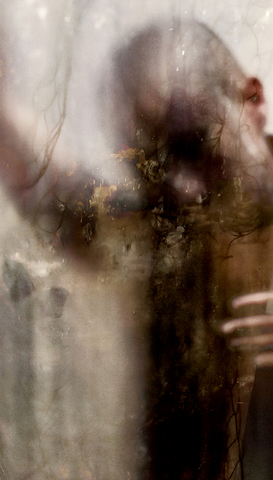 International Mother Earth will be bringing a team to the Pembroke Docks for a four day workshop beginning on Thursday 17th March - Sunday 20th March. (Culminating in a presentation/performance on the Sunday.)
We will be working on the project CREATE:- Creating Change in Your Life.
Anyone wanting to  to participate in the workshop and would be prepared to support the project in administration/accommodation etc in return for the four…
Continue

Earlier this week, some of us from WhatNext?Cardiff held an open meeting for anyone wanting to consider how to engage with Cardiff Council's budget proposals. More than 50 people came from the arts, culture, media, museums, heritage and other parts of the creative economy.
KEY MESSAGES and…
Continue

2 DAY SHOOT in CARDIFF. Sometime in JANUARY/FEBRUARY depending on location availability.

Short comedy script about a relationship in crisis. The film examines their relationship around Sebastian trying, and failing, to put up a flat-pack bookshelf.

SEBASTIAN is clumsy, insecure and less intelligent than his partner. He rises to…

We're delighted to say that the wait is over.

Aberystwyth Mon Amour, by the King of Welsh Noir, Malcolm Pryce, will be on the road in theatres around Wales in September and October 2016.

We've lots of events planned in Aberystwyth and Swansea.

A huge thank you!

We had a wonderful turn out for our Mid Wales Rethinking Education meeting with many excellent suggestions and ideas, so a huge thank you to everyone who came along.  We are now getting closer to formalising our ideas for an NTW Education model and we are enormously grateful to everyone who has given us suggestions, advice, guidance and support during this process.  If you have anything you would like to add to this conversation please do so via our Rethinking Education group pages.  Also,…


I was wondering if anyone knew of a cheap space I can hire to record. I have all my own equipment, I just need a small quiet room I can use for voice recording. I anyone knows of anywhere that would be very helpful.