The Final Countdown - The Opportunity of Efficiency

Another busy week of pre-Japan preparation - I have practiced with my chop sticks with some Sushi; watched an amazing performance by the BBC National Orchestra of Wales - conducted by the fantastic Taaaki Otaka (who, in 2010 became Artistic Director of the New National Theatre Tokyo) with brilliant guest solo performances from Adam Walker, Anthony Marwood and Lawrence Power.  WMC kindly invited me to their interval reception where I also met the CEO of Sony, MD of Panasonic and Minister…

Say, has the world gone inside out and topsy turvy?

Is there a nonsensical shift in our universe? Persephone must be snowed down a hole somewhere. It's snowing in spring and everyone's forgetting what they've just said. We’re on the verge of doing something but for the time being we've frozen with the cold. The large snow creature in the garden is now a small chip. The sun was up today so the earth must be recovering. Sometimes I just look at our world and think about how incredible it is. Sometimes I look at it and…

Young Critic's Review - Past Half Remembered

It’s safe to say that after being handed vodka shots and Russian tea at the start of the show this is going to be a great review!

Beverages aside Past Half Remembered is a gem of a show. In just over an hour the energy-pumped cast take us through the life of Maria Michailovna who lived through the Soviet…

To A Young Poet from OTHNIEL SMITH on Vimeo.

The Children's Hour is one of the American classic plays. It is guilty of providing, in the first half, little colour beyond the clarification of the plot points which will fuel the crisis of the unstaged trial in the second half, but characters are well-defined, and usher us into a second half which explodes into a tragedy of the decent undone by those in denial of their own guilt and recklessly devoid of empathy. As such, it is a play with which, either on a personal or political level, we…

Citizens of Canton, indeed the whole of Rome,  were today shocked to hear of the untimely death of their beloved Emperor's sister, the much admired Drusilla. …

Call Out - Get involved in Reverie

We are looking for some volunteers for certain roles for the forthcoming multi platform production of Reverie which is taking place in May and is being produced by yello brick and directed by Gerald Tyler.

We are looking for people to fill one of the following three roles:

- Stewards - This role will based at one of the venues and consist of guiding participants into the space.

Call for films/animation to be screened at Landed Festival

Landed Festival (www.landedfestival.co.uk) is a music, arts and entertainment festival held in the middle of rural Wales, UK.

This year (our third) is on the 3rd, 4th and 5th of May. We still have slots available for our cinema timetable and would welcome submissions from film makers.

What are we looking for?

• Work that is entirely original.

For me, it was important to begin this process without any fixed plans.  This way I can remain completely free and spontaneous.  I wanted to be able to act on invitations and follow recommendations, as well as expose myself to that feeling of not knowing where I’ll end up or how I’ll get there.  This magical feeling requires an understanding of what kind of relationships I’m inviting; putting myself in the hands of the universe and trusting it will provide.  To really experience this – and…

Once in a while a production will come along that creates a huge buzz. When you miss a show like that you know that there’s usually no way you’ll ever get to see it. Luckily for those who missed it first time round Wasted came back for a second nationwide tour. If you missed it this time you really have missed out!

Three friends, who are…

Got some much needed sleep.  I managed to go through the day yesterday and stayed awake before crashing and getting my body clock adjusted hopefully – we will see!

My mate Charlie (Charlotte Josephine) is performing in the Weston Studio, Wales Millennium Centre tomorrow night (27th) with her crazily successful play Bitch Boxer. It's a one woman show about a female boxer (if you hadn't guessed!)

She began writing it about 2 years ago after a rough day working in a coffee shop in London. Then she thought the character could be a boxer, so went for a day to Islington Boxing Gum and got 'hooked' (sorry) from there on…

'The Witness' - by Alex Hope

I am directing my play 'The Witness' in the upcoming Edinburgh Festival Fringe. Myself and two other fellow students from RWCMD will be performing.

It looks to be a very interesting project for us.

Last weekend Buddug James Jones and myself headed to CARAD to work on their latest event - Finding Rhayader 2: People and Places. The aim of the event was to encourage the local community to re-engage with CARAD and to gather stories from them to be archived and included in their latest exhibition which has the same name.

We left Cardiff for Rhayader Friday morning and arrived at CARAD early in the afternoon. Liz and volunteers were all busy setting up the space and so…

Opportunities: Resident Director at The Tricycle & Hatch: Call for submissions

The Tricycle is inviting applications for the post of Resident Director. This new role is for a fixed period of twelve months and is funded by the Esmée Fairbairn Foundation. It will give a promising theatre director practical experience and training, as well as the opportunity to gain genuine insight of – and contribute to – the workings of a busy producing theatre.

For full information about the post, and details of how to apply,… 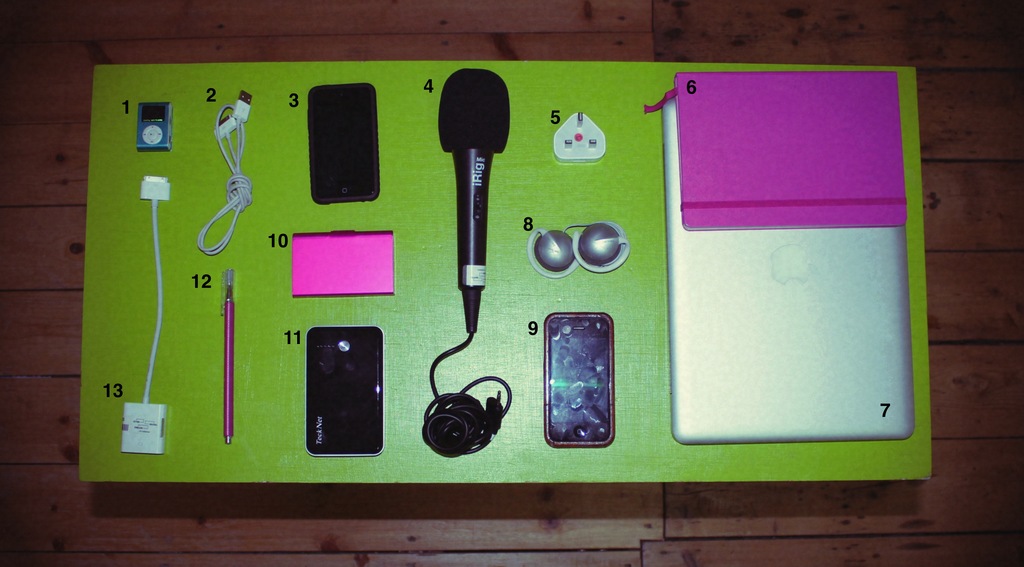 What's in your handbag?

My first couple days in Tokyo

So I am writing this blog after realising that no matter how much I toss and turn to get back to sleep, jet lag has got me and my body clock isn't willing to let me be- think tomorrow will be difficult, bring on the coffee!

I arrived on Sunday having left a snowy London Heathrow.  It wasn't as warm as I had hoped, didn't have much joy with sim card at the airport and then thought I had taken the wrong train from the airport to the apartments.  But actually the train was right and I… 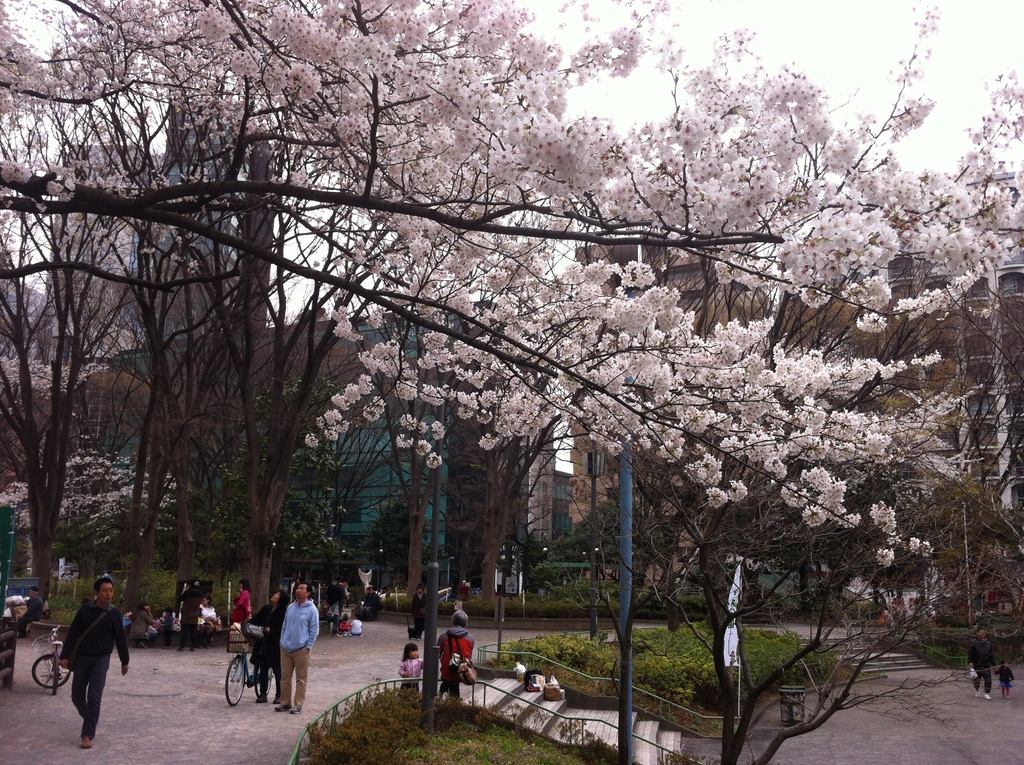 I’m writing this on the Toyoko Line train to Motomachi-Chukagai, where I’m heading to see an interesting-sounding performance by Chiten company at the Kanagawa Arts Theatre.  It’s my day off and I’ve decided to do a theatre splurge – I spend four and a half hours this afternoon at the National Noh Theatre.  There the highlight was probably a half hour long dance by a…

"Native Moments" by Walt Whitman from OTHNIEL SMITH on Vimeo.

...a set of 50 rehearsal and performance stills from our Coriolan/us have finally been added to my web archive, mainly courtesy of the camera of Simon Banham - all accessible via the 'coriolan/us' text link of archive #2.
All the best...
…
Continue