Ideal entertainment for the end of the world.

Flurry of Florence, Chapter Arts centre THIS FRIDAY and SATURDAY

Improvisation at its Bravest: A Full-length play
With the full theatrical experience of a grand story with music, costume, lighting and set that doesn’t normally come with impro. Ludus Ludius creates theatre through improvised playfulness at Chapter Arts Centre on 31st July to 1st August.

Ludus Ludius are an upcoming theatre group that is pure improv to its core. Aspiring to go onstage with… Continue

NYTW Writing course and WOW on the Waterfront

As I was reading through the blogs I was thinking about what I could possibly contribute? These wonderful stories and reviews and what am I doing at the moment?
What could I tell people about?
After the inital doubt I realised not only do I have quite a bit going on that is interestingly theatre based, (in fact all the interesting things in my life are as it turns out, theatre based) but just today I returned from a fanastic weekend at the Urdd at the Millenium Centre in… Continue

Spent an enjoyable Saturday evening at Bridgend Youth Theatre's very good production of Gypsy. I have to admit it didn't seem an obvious choice of show for a youth theatre to me - a very American musical featuring a middle aged lead role and a bunch of strippers (the last time I saw it was on Broadway with Tyne Daly in the lead role); but the key to a successful musical comedy production is often sheer discipline and hard work, and Brigend Youth Theatre showed they have the guts and dedication… Continue

They were amazing... It was gob-smacking... and utter filth.

Ok, I'll explain. We got there and they were all in the sun, thus the Main Stage of the Fair Play festival where we took to the stage at 3.15pm to perform 'Playtime with Us' was on dirt and gravel. We often were on the floor on the dusty ground that became our oxygen.

With Bristol Zoo and urination issues to wanting cake and dying from the sun's heat in the Sahara. We sang and improvised our way through the games… Continue

I hope Nick and the team at the Riverfront wont mind me posting this.
The forms are on the Newport Council Jobs Page
Guy

Butetown from an international mancunian perspective

I'm on a Creative Visit with two other artists from Contact in Manchester. We are looking into a potential project in Butetown.… 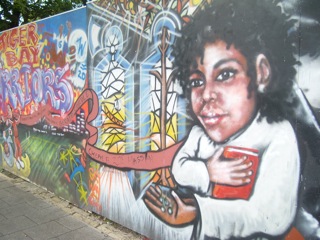 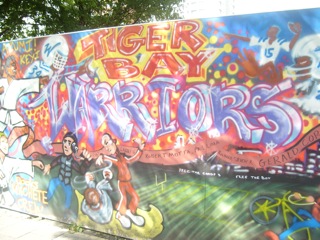 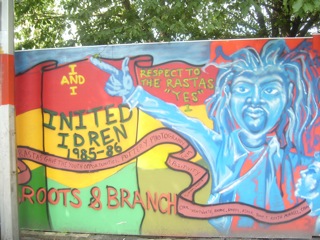 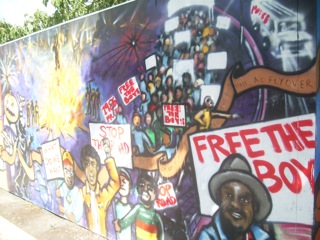 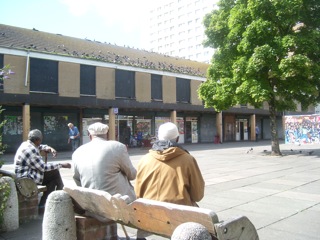 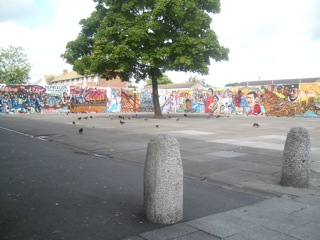 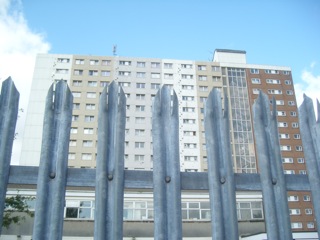 Bridgend County Borough’s Arts & Culture Service seeks a dynamic arts practitioner to manage, co-ordinate and create youth theatre and youth dance activity throughout the borough. The successful candidate will also be responsible for developing the award winning Bridgend Youth Theatre and Bridgend Youth Dance in conjunction with the Artistic Director.

Here we go again, good old Sky Arts 1. Not Theatre Live this time, but Theatreland, starts Sky 1, Thursday 30th July at 8.00pm for half an hour.

Part 1 goes behind the scenes at Waiting for Godot at The Haymarket, inc a peek at rehearsals. It looks like a series on the whole of theatre and the problems and realities of running a place, such as The Haymarket. The Radio Times refers to this as 'another straightforward documentary series'.
For anyone interested in all aspects of… Continue

We are sending Matthew Scott to PeerGrouP 24h workshop in Holland this summer! 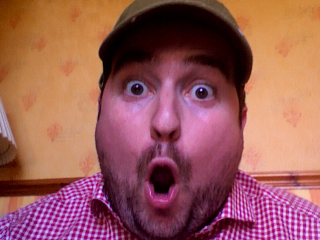 And I'll be going with him!

Hi, I'm Edith and I'm an intern at NTW. (And I feel like I'm introducing myself at an AA meeting right now!)

Just to clear things up, today is not actually my first day. I just thought it sounded better as a a title than '7th Day at 5.40pm'! Also, it's testament to the fact that I haven't had a moment to post on here since my first day...

I started my 4-week internship here last Tuesday. To be honest, I left the offices on that day thinking that I was in for a really… Continue

DIRTY PROTEST: Theatre in the Yurt

National Tour of Wales & England from Tuesday 29th Sep - Sat 12th Dec
In a unique and delightful style, Hijinx brings to life the weird and wonderful world of Gulliver's Travels, with its tiny Lilliputians, giants, mad scientists and even talking horses! Inspired by Jonathan Swift's fantastical satire, this biting new play explores the relationship between the mysterious Dr Gulliver and his tormented creator Swift, as they travel through the writer's unruly imagination and try… Continue

Cardiff Based theatre company Likely Story are looking for a Director, Writer/Dramaturge and an unconventional Prince Charming to help them devise a new adaptation of The Princess and the Pea. We are planning an innovative production, combining physical theatre, circus and live music.

The show will be aimed at children ages 7+ and the rehearsal period will include development workshops with 7-11 year olds. We have received funding from Arts Council Wales and John Thaw Foundation for… Continue

Dylan Thomas Fringe festival is on its way

Come along and see Toad of Toad Hall this Sat 25th July-1st Aug at St Fagans Open Air Theatre. AA Milne's celebrated adaptation of Wind in the Willows promises to be rollicking good fun with its crazy characters and uproarious comedy. This mad-cap caper featuring foot-tapping songs is guaranteed to provide fun to children of all ages, from 5 to 105!

I’m in Wales for the week, hoping to pin down an idea. What am I looking for? Not sure. What’s my idea? I don’t know yet. Where am I going? The Brecon Beacons, Snowdonia, Anglesey, the Pembrokeshire coast. What am I doing here? Looking at the light. Recording the weather. Walking. Thinking. Talking. Hoping to find something. Hoping to pin down an idea.

The week will begin in the Brecon Beacons, somewhere high up. There’ll be flat skies, a cold front (very… Continue

Am spending a day at the 'Do the Arts Speak' Digital seminar at Sadlers Wells in London. I was asked to speak on a panel about how National Theatre Wales is using social networking to develop its community. Some of the usual stuff comes up: 'What about people who just want to watch a show' 'how do we guarantee quality'... Not sure they are very interesting questions, and we quickly move on to discuss what is interesting - and how new things emerge when people collaborate and interact. Someone… Continue

"is elvis there?" - a short film by Neil Bebber (showing on Sunday at Latitude Festival)

My first short film "is elvis there?" is showing at Latitude Festival this Sunday as part of Ditto.tv 's presentation. If you're going to be there (and it doesn't clash with Tom Yorke's set) please come and see it!

If you can't make the festival, you can see it in low-res here:

Have a great weekend.