GULLIVER - by Kit Lambert, directed by Louise Osborn at Sherman Cymru this Friday and Saturday

Don't miss out on the first week of this new production! We're at Sherman Cymru on 2nd and 3rd October... get your tickets now to avoid disappointment!

A biting newplay from Kit Lambert bringing to life the weird and wonderful world of Gulliver's Travels, with its tiny Lilliputians, giants, mad… Continue 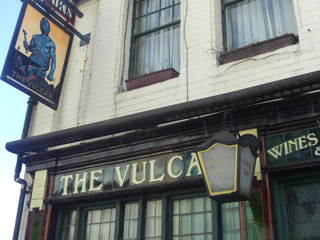 The votes were counted and verified and I can now reveal that the next theme for our Second Respond Test is...

With 6 separate suggestions all around ideas of Cardiff development and born out of the opening of John Lewis in Cardiff last week, "where are our modern social spaces" has come out as our theme for this Respond test. 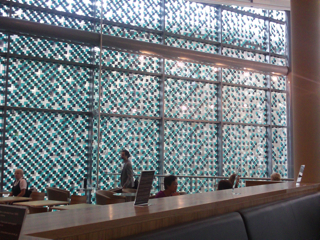 I've been part of a project at National Museum Wales called Ymateb, or Respond depending on your language of choice.

I invited musicians living and working in Wales to produce an original piece of music inspired by the Museum's collections in an effort to find new ways of engaging new audiences.

Michael Jackson dance tribute in Bucharest, Montreal, Hollywood, Paris and Stockholm. I am wondering if it will happen in Cardiff.

Have a look. It is great. Montreal, Hollywood, Paris, Stockholm and… Continue 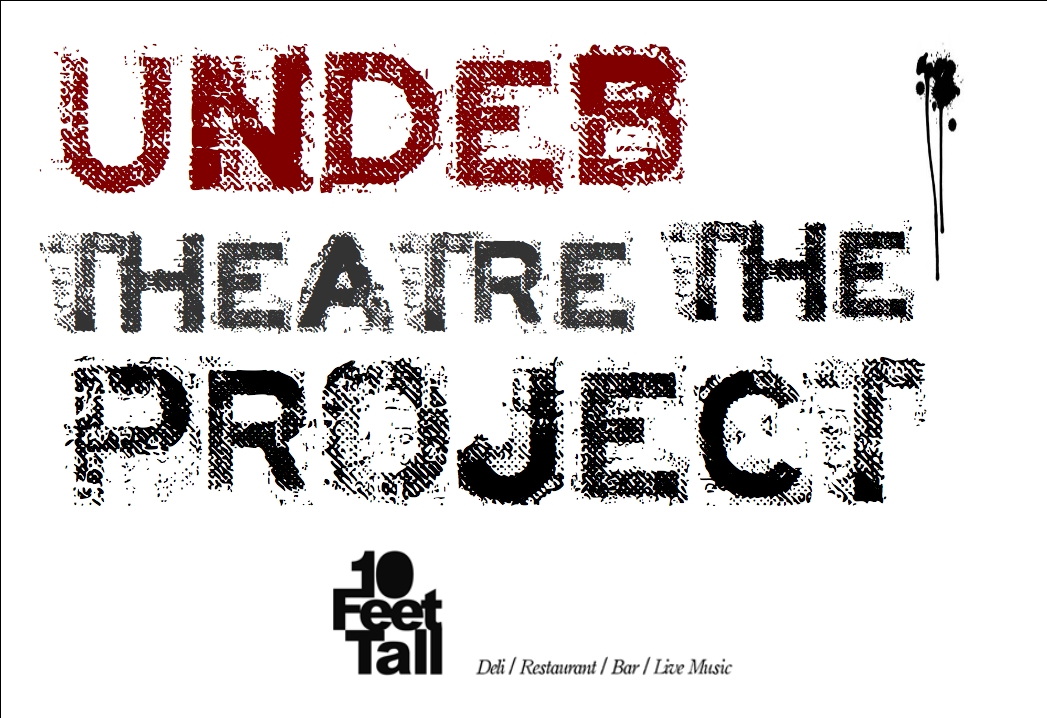 THE PROJECT brought to you by Undeb Theatre
October 4th
3pm - 3am
10 Feet Tall, Cardiff
£4

The mini festival will take over the whole of nightclub 10 Feet Tall; theatre, comedy, poetry and all for the price of a pint! The event is a must see, starting at 3 and going on until late, THE PROJECT will offer a night you will never forget, so get your dancing shoes on & your thinking caps at the… Continue

A few words from David Mamet

"The purpose of theater is not to fix the social fabric, not to incite the less perceptive to wake up and smell the coffee, not to preach to the converted about the delights (or the burdens) of a middle-class life. The purpose of theater, like magic, like religion - those three harness mates - is to inspire cleansing awe." From "Three Uses Of The Knife: On The Nature And Purpose Of Drama", by David Mamet. 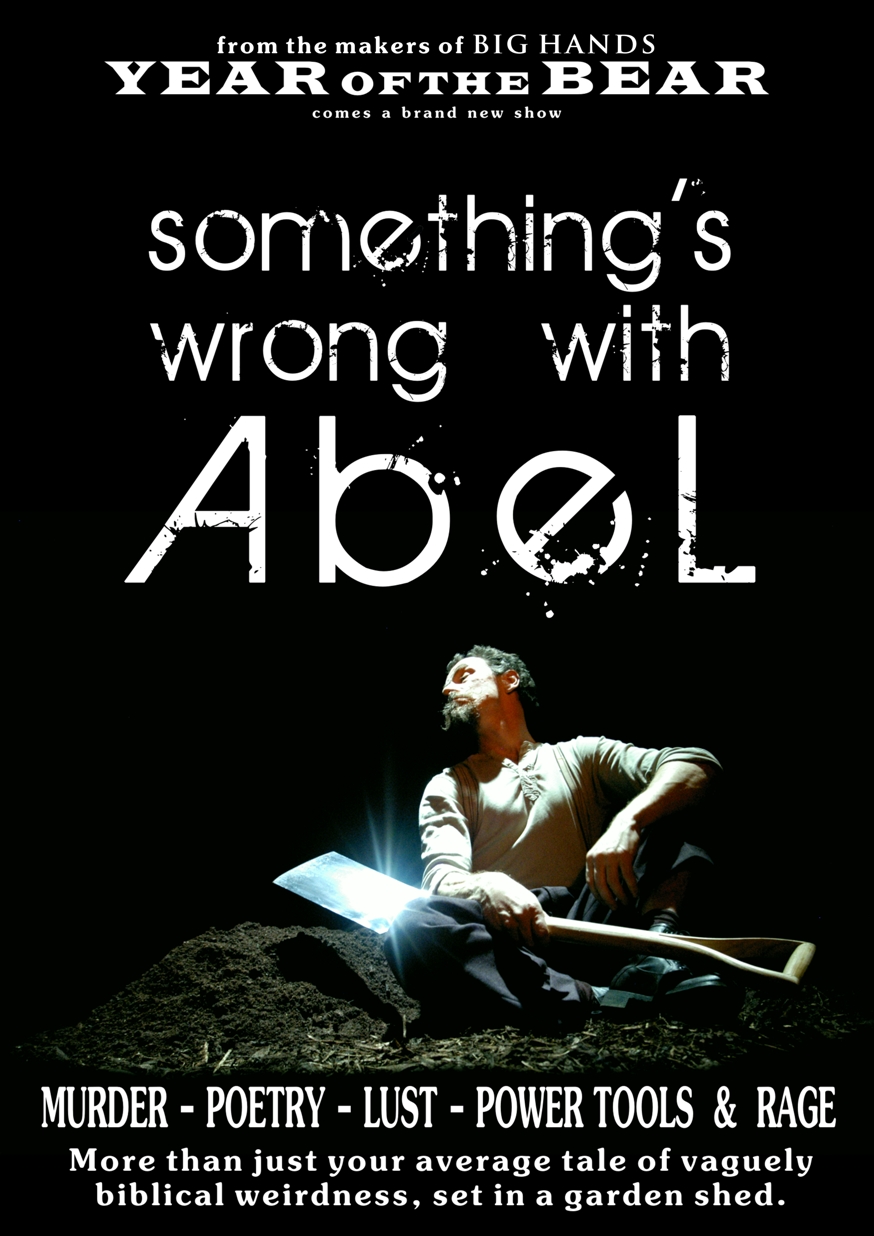 from the makers of BIG HANDS
YEAR of the BEAR presents

SOMETHING IS WRONG WITH ABEL

As the title might suggest, the show is loosely based on the biblical characters Cain and Abel. Mostly Cain actually since Abel was a boring, peach-fuzz-faced-goody-goody who never did anything worth writing about, apart from taunt the hero of our piece until he finally snapped. Who wouldn’t snap? 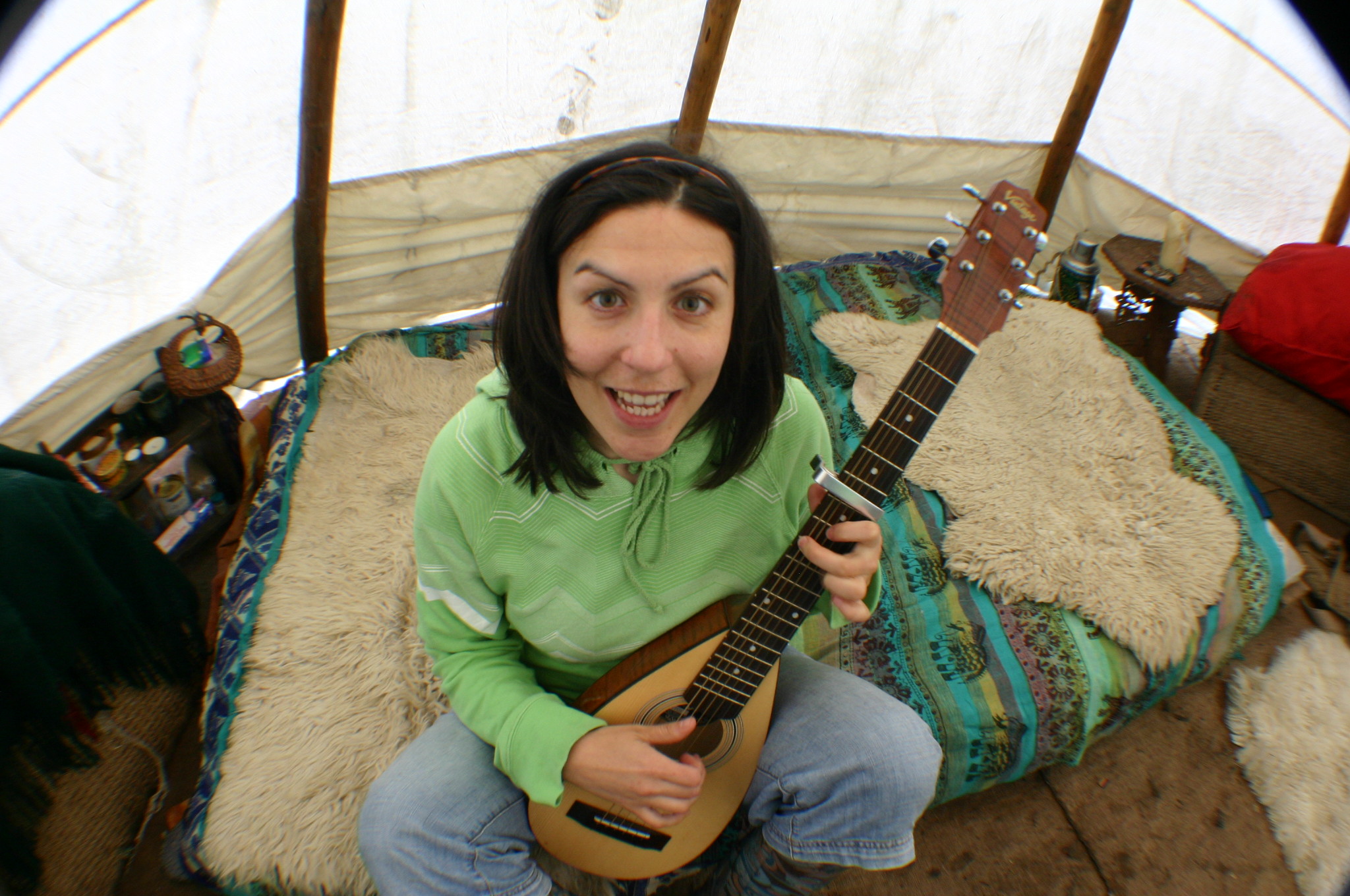 Hi everybody. So, I'm still drowning in the whole world of online drama and learning more everyday. I know I've put a few discussions up about ARG and online interactive drama but thought that this would be a chance for you to see it in action.

Hatty Rainbow is a kooky musician that was raised in a hippy commune and is doing her best to fit into university life in Cardiff.

What should the theme for the second Respond test be?

Next week, we will have our SECOND Respond test!

This time, three creative people (to be announced next week) are going to be working together in a secret location on a brand new theme.

[If you are one of the artists who will be working on Respond next week or if you happen to know the location - please don't let on! It's all going to be kept a secret until next week!]

What are the urgent news, events and current issues that you think National Theatre… Continue

I am developing and testing our debate programme's first test, called Picnic Station.
It will involve experts*, picnic blankets and cb radios and take place Tuesday 29th September 2009 at 7pm at the National Museum Cardiff

Is it too late for me to Blog about Edinburgh? 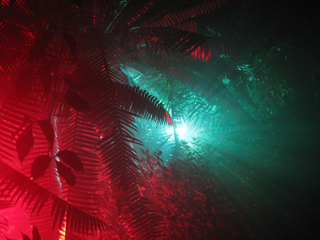 It is the first Saturday in weeks where I have had "a weekend". I have come back from the shops. I did my washing. I uploaded some photos to IPhoto...and that's when I saw my as-yet unblogged Edinburgh journey. So I hope I'm not too late to share some of my Edinburgh highlights!

The first show I saw was on the same day we arrived and marked a fantastic start to the festival. Tim Price had a new short play, For Once, performed… Continue

Don't miss out on the first week of this new production! We're opening at Whitchurch High School on 29th, Campws Gartholwg on 30th and Sherman Cymru on 2nd and 3rd October... then it's off on tour right across Wales & dipping into England.

Sessions will be starting from 2nd November. The purpose of the class is to encourage Welsh Language Learners to utilse their linguistic skills outside of a classroom environment and in a more social setting.

Work produced during these sessions will feed into a large scale community play, to be staged on the Ebbw Vale Eisteddfod site in… Continue 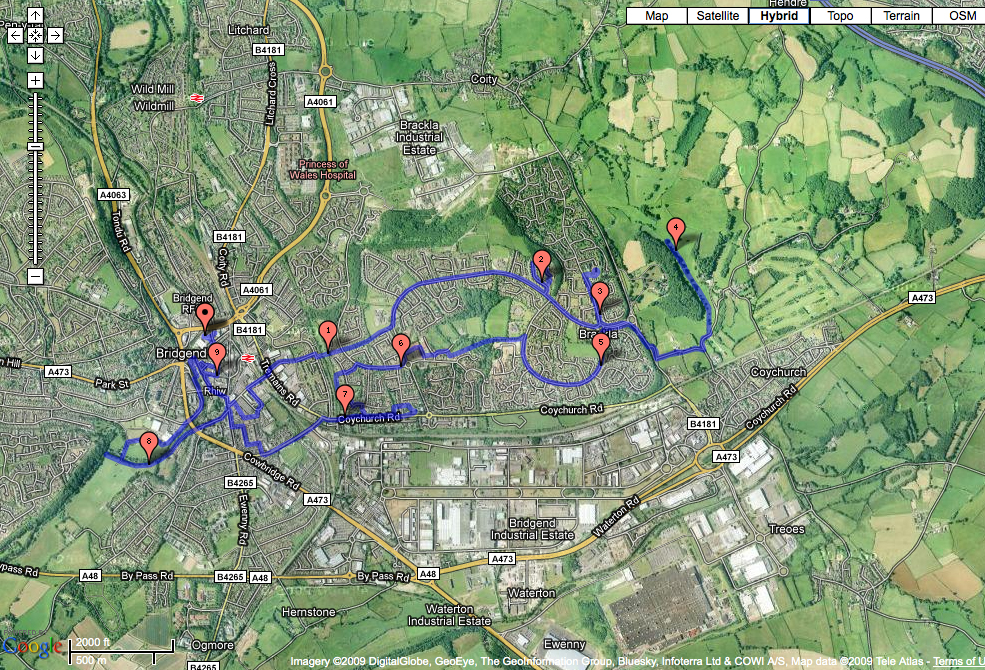 I walk around old haunts in Bridgend. It takes most of the day. I make sure to loiter for a few moments outside an ex-girlfriend's house. I am gratified to see her mum has installed solar panels - it seems so optimistic and forward-thinking. Then I remember her mum follows a religion which expects the apocalypse to arrive any minute now and urges its followers to prepare for the… Continue

thanks to all who came to the RESPOND event last night- it has been a challenging and provocative week of creativity and great to see work instantly responding to modernity to create debate and give voice to dissent. I have thoroughly enjoyed working with the other collaborators and the team at NTW who helped make it happen. Thanks.It is where welsh theatre needs to go and something that has been lacking for years.Well done NTW and Catherine, John, Ellie, Tom and Eina.

Also, in a… Continue

There is something extraordinary going on in the compendium of mini-works pages that lurk in the Writers’ ghetto of this fine social network. Described by John McGrath as Really rather special! it’s high time that you, dear reader/writer/director/etc, popped in and had a look.

The idea is to create plays in only 200 Characters – counting every keystroke except the spacebar – and see where it goes. At the time of writing there are 11 new and original pieces to be found;… Continue 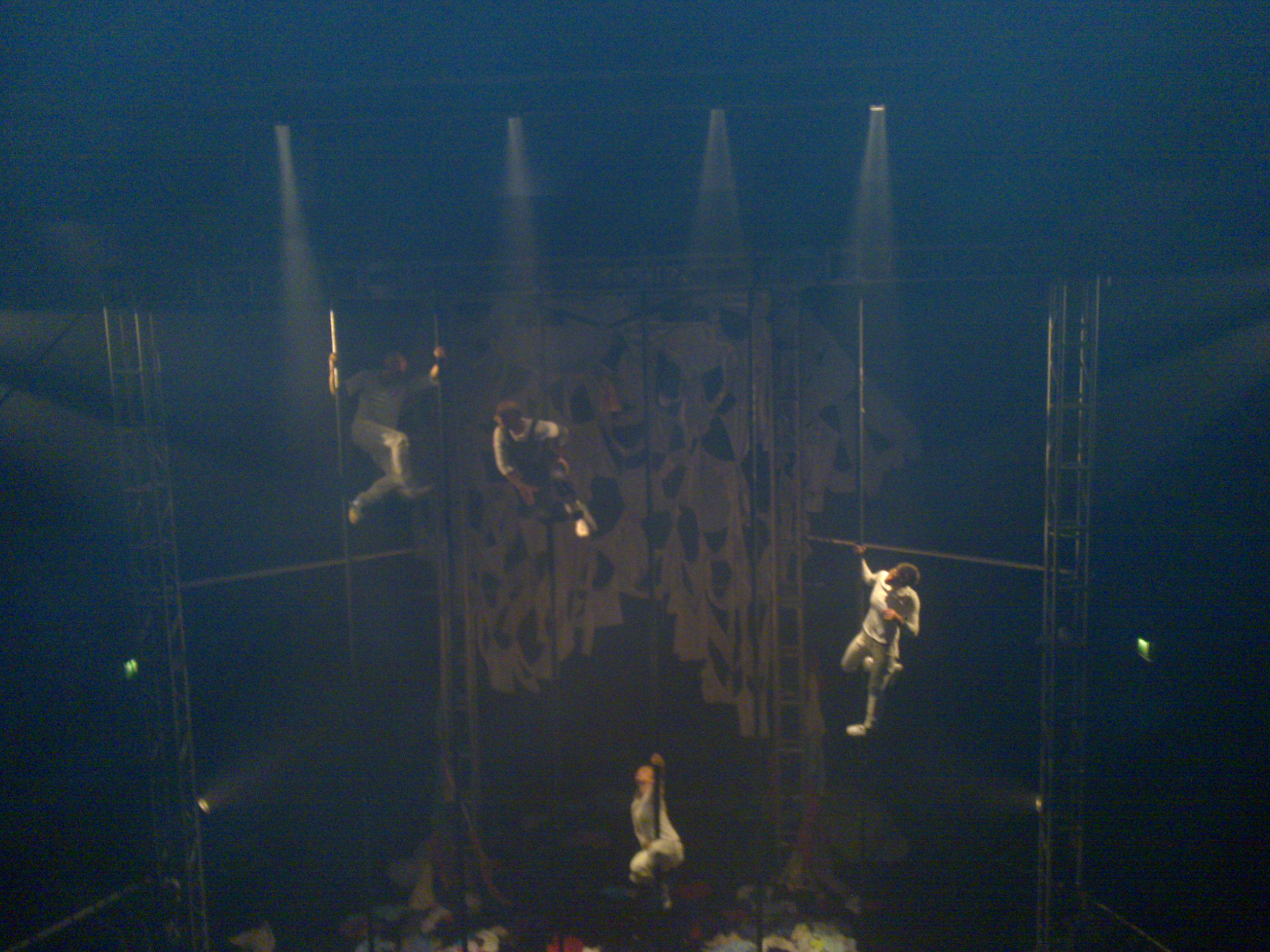 Whilst we’re really looking forward to the tour, I’m a little sad to be leaving Riverfront. Their Discover Dance week that is now looking like an annual fixture is such a great gift to the artists and companies that Nic Young and the team at Riverfront support. The whole building was being used by four very different companies, which made it feel very alive, creative and busy.

The last show at Riverfront was much, much better as far… Continue

At the 'Respond' performance tonight, the assembled audience of NTW community successfully participated in a game to allocate resources to three theoretically- critical medical case studies. Given a finite amount of units of well-being, we managed to pool our resources, and rapidly recognise that buying more information didn't necessarily provide evidence for decision-making. Fortunately, the three groups focussed on a different and exclusive target for their funding, and the result was that… Continue

Tonight National Theatre Wales is testing the Respond programme. Over the past 5 days, a performance in response to the Twitter discussion topic #WeLoveTheNHS has been created by 5 artists.

If you aren't coming to the Respond Try Out tonight, you can take part through Twitter! You can be a central part of… Continue

I’ve committed to this blog, so it’s only right that I see it through, even in darker moments. It’s better for my health, and probably easier for any followers, if I stick to short paragraphs.

We opened last night with confused performers and sound and lighting cues still as work in progress. I called the cues to Dai, and we had a lot of fun seeing the company’s work take shape from the tech box.