On DAY 3 of our WalesLab research, we drove around, a lot. We spoke to staff, cast and crew at The Torch Milford Haven, Rosemary of Pendyffryn B&B (who's just become a grandmother!) and the guys at Druidston - about what objects have made them who they are today. Ben also reviews the Toyota…

Christmas is coming, the arts minister is getting....

When your tucking into your Christmas Turkey or Goose, or sat there hungrily wondering why you decided to 'be different' and buy duck this year (leaving you hungrier than a an offsted inspector eyeing up an inner city school to close)spare a thought for the dear Minister of Culture… Continue

NTW are thinking about doing a project on Anglesey with rehearsals starting in mid May with performances starting mid June leading to a tour that would end mid July.

We are particularly interested in hearing from Production Managers based in or near Anglesey.  Some knowledge of small scale touring and projection would be an advantage.

I am posting this exciting job opportunity on behalf of my friends at The Performance Corporation, Ireland. Please get in touch with them (not me!) if you are interested to apply.

The British Council's Edinburgh Showcase 2013 is now accepting applications... I've copied the details from their website below..... Good luck

The British Council's Edinburgh Showcase is a biennial platform of contemporary UK performance featuring some of the most outstanding small and middle-scale touring productions made in the UK and selected by the British Council. We…

Ben and I spent the first 2 days of their WalesLab project meeting people in West Wales asking them what items or objects have had a significant impact on their lives and who they are today.

Go West: The beginning of my WalesLab adventure.

Ben and I are in the Wild West of Wales this week, as part of our exploration of a new project through National Theatre Wales' WalesLab!

WSD 2013 is a celebration of international performance design from the world of theatre, opera and dance taking place in Cardiff in Sep 2013.

Plans for the event are now well under way and we will be regularly updating the website www.wsd2013.org with news and programming details.  At the heart of the event is the exhibition - a rare…

Tuesday evening Devinda and I ventured across to Haverfordwest for Owain Roach's first TEAM event 'Home Is..'. When we…

Do You Want to be 2013 Artist* of the Year with NTW? (*Artists = actors, writers, designers, philosophers, tattoo-ists, ice-skaters, sculptors, rugby-players, saxophonists...)

Here's a brand new thing you can do with us!  If you are a creative spirit, interested in National Theatre Wales and ready to contribute to the life of the company, we're inviting you to put yourself forward for the role of NTW Artist of the Year 2013.  You get £10,000 and we get your ideas and input.

This opportunity is targeted particularly at artists/creative folk who have a bit of experience under their belt - we want to learn from you!  We are very open about who can apply -…

Ideas Exchange 05 - On The Road To De Gabay Video

Ideas Exchange 05 - On The Road To De Gabay from National Theatre Wales on Vimeo.

On 1st, 2nd and 3rd March 2013, De Gabay will be taking place on the streets and in the homes of Butetown. De Gabay is a theatre production…

National Theatre Wales is running a competition to create a video sting for the NTWY3 launch.

We are looking for short videos that use the word NTWY3 in the piece. We have been inspired by the original 1980’s MTV video stings (MTV Videos have a scout around the channel) and want to create a range of videos in the same spirit.…

Taking Flight Theatre’s current tour of Matthew Bulgo’s new piece of writing ‘Real Human Being’ has been going extremely well. For the past fortnight the team have been travelling to schools and youth clubs around Bridgend providing a unique opportunity to explore the theme of disability-related harassment through Forum Theatre.

The project is funded by The Home Office and has been developed in collaboration with Disability Wales.

@ Chapter theatre- 1st and 2nd Dec 8pm. Limited Capacity so make sure you book your tickets! 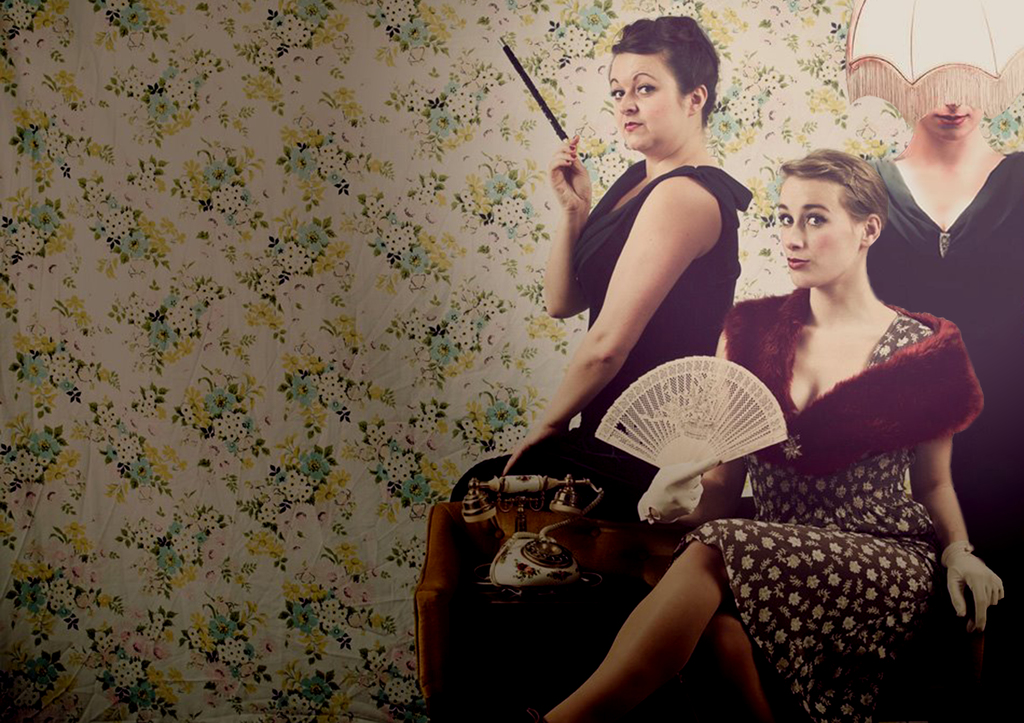 Follow our three leading ladies in their investigations into murder, betrayal and adultery as they don ridiculous disguises and outrageous alter…

Afternoon to all National Theatre members!!

I hope everyone had a restful weekend!

I am currently in the process of setting up my video editing company. I have an idea as to its name...I will be starting to film within the next few weeks.

If any of you lovely creative people require your rehearsals, performances etc filmed please inbox me.

As I am just starting up there won't be a charge. The only request I will make is to be able to include the footage created… 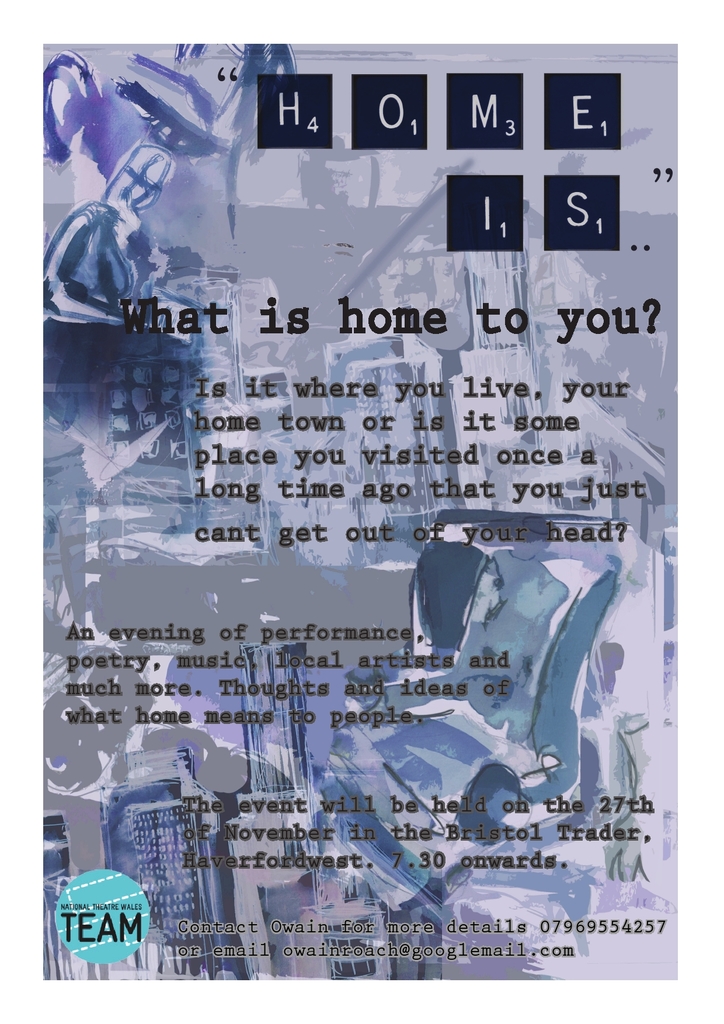 Hi, I’ve been running Improv as a part of NTW TEAM from Nov 6th, and have been attending a different Improvisation course in Bristol run by the lovely Tristan Hancock in order to get a bit of a refresh.

After being thoroughly soaked in the rain, I was surprised by how well this session went. One or two people did drop out because of the filthy weather (we said they were probably winding their VHS tapes), but…

my name is Ann and i moved to Cardiff a few month ago.

I'm currently job hunting  and still trying to get involved in theatre and Film/tv stuff.

I don't really know anybody here yet and would love to meet people who are interested in Acting or working in Film/tv/theatre and like to help someone who is interested in these things.

In Patagonia with Marc