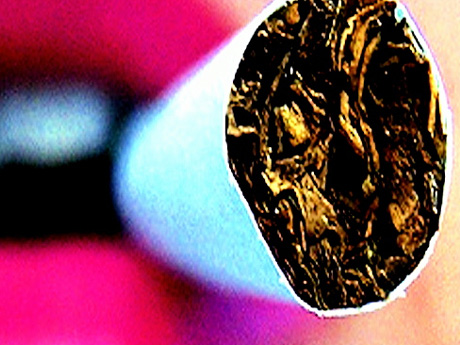 I am about to embark on the creation of devised piece with and by 4/5 Yemeni young women.

They are very exciting, don't have much theatre experience but an enormous amount of energy and ideas.

We'll work the equivalent of a week time scattered from the 8th June (next week) to 8th July in Cardiff, generally from 4pm to 7pm in Cardiff town centre.

"I really want someone to deliver the message around the world that we are in a terrible situation here."

So this afternoon I'm in Rhosygilwen watching four actors (Matthew Bulgo, Matthew Aubrey, Gwydion Rhys & Rachel Helena Walsh) work with director, Zoe Lafferty. They're sitting opposite each other in two rows reading texts, tearing them apart, retreading them - pouring over the meaning and interpretation of each line.…

Well, part 2 of the ‘Asylum’ project was a huge eye opener for me in so many ways.

The main thing that I want audience members/players to experience in this piece is their relationship with their mind. It’s quite an intimate journey really. I wanted to put them in situations where their minds, instinct and response is tested to see how much we can trust our brains, how different we all are and ultimately, how mental health…

Don't know what to do with the kids this weekend! or just intrigued to see a show created using the words of 3 and 4 year olds (natural experimentalists and avant gardists) - then come down to Chapter Arts Centre and catch Theatr Iolo's RUBY RED TELLS TALES created and directed by Sarah Argent. It's suitable for 3-5 year olds and their families and anyone else whose interested in  theatre that is playful, mischievous, gorgeous, hilarious and in places very bizarre !! Following the…

Want to be NTW's Company Co-Ordinator?

As well as Finance Assistant, we also advertise this week for a brand new role on the NTW team - Company Co-ordinator - to hold us all together and keep us rolling. Details on our site: http://nationaltheatrewales.org/about#jobopportunities

My Work Based Learning with National Theatre Wales

So are National Theatre Wales really as approachable as they claim to be?

Is the atmosphere really as relaxed as I experience it whenever I pop down to the office for an hour or two?

Is the staff really as friendly and nice as they…

Like working with figures? Want to help NTW continue to move forward? Come and join NTW's Finance team, supporting the Finance Manager. For this role, we are seeking someone with relevant experience, who enjoys working as part of an innovative team and is keen to make a positive contribution. This role provides valuable central support to the work of this forward-thinking organisation.

For full information and how to apply please …

The International Committee for Artists' Freedom (ICAF) of Equity campaigns on behalf of overseas artists facing oppression and emergency aid situations.  Since its formation ICAF has taken up the cause of artists from many countries around the world facing hardship, censorship, exile, persecution, imprisonment, torture or even death.  Each case is assessed individually, impartially and apolitically and all decisions are based purely on professional and humanitarian…

Last night I went to see the above.

It began with the audience being let into a room, thrust into an unruly world as actors moved around and danced and the music blared. Quickly, audience members realised seating was very, very limited and we all became a little but unnerved.

It was ultimately the sole feeling of othe play. We were constantly disrupting the performance aas the scenes took place around the cleverly designed set of scaffolding and decking. The design… Continue

Can theatre heal wounds and do soldiers have soul?

We are creating a show with a group of war veterans and their family members. It's a roller coaster. The stories we are hearing range from the terrifying to the ridiculous. American and British commanders squabbling in the Gulf desert, fear and paranoia on the streets of Northern…

I'm looking for two actors, preferably Welsh, to join a group reading my screenplay, The House of the Waters.  It's a rite of passage drama with the solving of an ancient riddle at its core.  I still need:

Mal, man in his seventies, a poet and philosopher, commanding, frail, devious and difficult.

The site for Coriolan/us this coming August has officially been announced - Hangar 858 - a decommissioned WW2 aircraft hanger in St Athan, South Wales. Built in the late 1930's, and beautifully directly engineered, the vast open space contained and framed below its sweeping single span cast cement ceiling is providing us with both a place to realise this work, and also a context within which we can start to locate it.

On our latest site visit we were accompanied…

The last two performances of the critically acclaimed play, Fragments of Ash will be at Chapter Arts Centre on 1st & 2nd June. If you haven't booked tickets yet you can book online at: https://uk.patronbase.com/_Chapter/Productions/FRAG/Performances

It's been a privilege working with such a talented group of people: our performers, Tracey Briggs, Dick…

National Theatre Wales are seeking an individual with experience of events promotion and marketing to support our marketing campaign for NTW20 'In Water I'm Weightless' in Cardiff.

A Diamond in the Jubilee Weekend

Two awesome pieces of theatre on in Cardiff this week.

Belarus' Free Theatre doing Minsk 2011 at the Sherman - then a few days later when you've had a chance to get over that - Fragments of Ash is doing two nights at Chapter. It's the end of the tour. Bring tissues.

Try and see both but if push comes to shove we'd really like to see you at Chapter - forget I even mentioned the Sherman.

"Sons of Nervous Lovers" - free for the Kindle (or Kindle app)

Time-limited offer on a new novella: