Phew, Hurrah, and Off We Go

It's Wednesday morning and I've staggered out of bed after a late night in Blaengarw Workmen's Hall. It's been an extraordinary few days: the tension and excitement of production week last week for A Good Night Out in the Valleys - the intense focus on the smallest points of rhythm in the staging - the tiny, unnoticed elements that could make all the difference; then the dress rehearsals (including one attended by two hundred pupils from Blackwood Comprehensive, a nerve-racking but ultimately… Continue

I'd like to take this opportunity to advertise Glamorgan University's Final Year Productions that cover the majority of next week at Glamorgan's Atrium, Adam Street, CF24 2FN.
I'd like to create particular interest in an adaptation of Harold Pinter's 'The Birthday Party' (23rd March, 3pm in Room CB4) that combines naturalism and physical theatre and in which I play the lead Stanley Webber, and my own devised 'Performance Postponed/Reporte La Performance' (23rd March, 7pm in…
Continue

Here's a sneak peak @ the rehearsals. 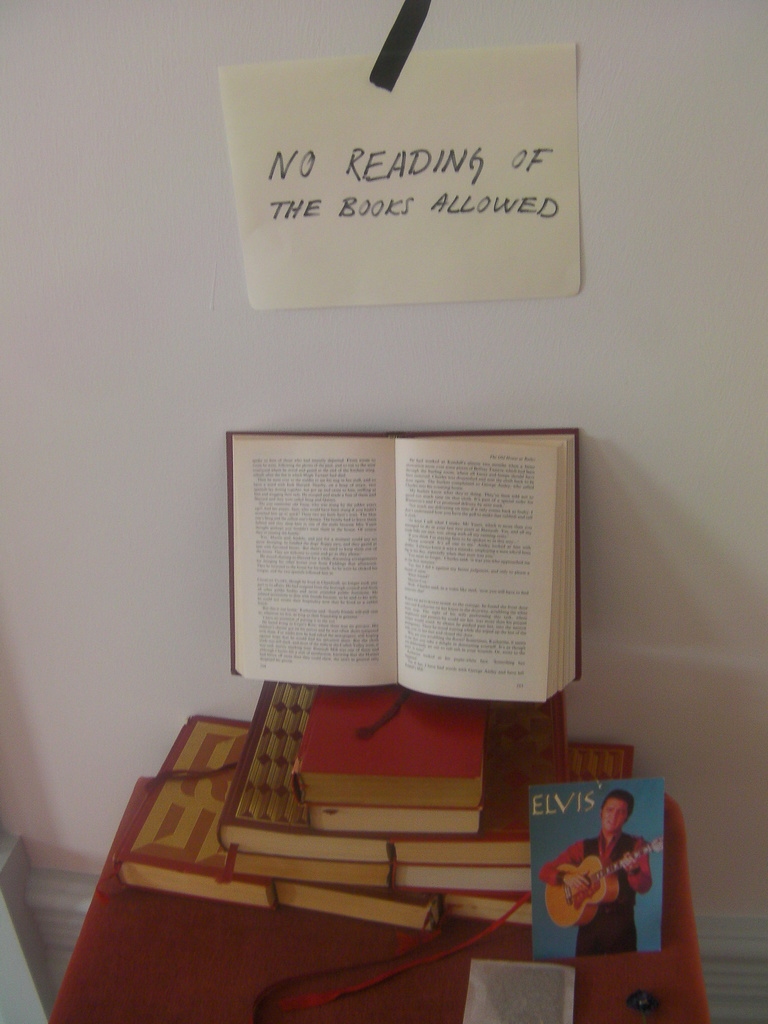 Day 16.1 - A Flashback to the Night Before - The Dizzy Daisy Hostel

Last night ended with the feeling that we we might have escaped with our lives. The Girl, Katia, was a little keen. Very keen infact. Her boyfriend seemed very accommodating. Patient possibly. They didn't understand the concept behind the band when I showed them a video on the internet. There was something that really didn't feel right in that place. Her lank haired boyfriend repeatedly putting his hand to her face in a…

Stage Manager, Constance 'Con' Murphy.
Con was a wiry Irishman with eyes like coals, The lines

could have been written for him.
In spite of being a true Swansea Jack who was not of the Welsh-speaking, chapel-going, rugby-following tradition of my side of the Loughour, he had to endure the enforced Welshness of prounouncing all his 'S's as 'Ll's'. This exotic speech defect… Continue

We are film students studying at Newport University currently in pre pre production for our short film "Ticking Boxes". The story is about Love, Loss and a bit of dancing!
We are looking for 3 main actors.…

"You'd better run, you'd better take cover". Sam pushes the camera up close into Karl's face. His cigarette burning low, ash about to drop on the table. The cafe has equivalence with Nancy's cafe in Ystrad Mynach. Carl talks about being your own tour guide. He is interrupted by the Nokia ring tone. A thick layer of smoke that is somehow comforting. Strange really as I find smoking abhorrent. Smoke indoors has become an…

Day 15.1 - Real Polish Food - Some Michelin recommended restaurant near to the Rynek

Over dinner in yet another subterranean restaurant we discuss our motives for the creation of a film/performance/documentary. Earlier Karl called us over to film him dropping change into a beggars cup. Why do this? To show the poverty or to frame himself as the the saviour of Krakow. I am beginning to feel quite emotional. I know that Sam does as well. As much as we fear exploiting the beggar in the street and resist…

Karl has gone to work and Sam and I find ourselves back where we began yesterday when we first arrived in the city. We are next to the new opera house. Karl's tour has recoloured and remapped the landscape and I reflect, as I sit, on Britain and Wales and what, from within, I have taken for granted and missed. You can see the change here. Huge adverts hang from building tops. "Buildings, not billboards" as Karl is so keen…

A Good Night Out in the Valleys...reviews

Found these from Times, Guardian and British Theatre Guide...

A Good Night Out in the Valleys.......from Backstage

Hello,
Now the show is up and running I thought I would introduce myself! ......Hi! I'm the DSM on A Good Night Out in the Valleys. I've been very honoured to be a part of this production and have been feeling very proud this weekend of everyone that has been involved in its creation so I thought I would enter into the blogging community!
The rehearsal process has been an absolute joy, I've had such a good time. We've had a lovely close-knit…
Continue

The city is different at night. The walk up to the Wawel is extraordinary. The Polish understand soft ambient lighting. The architecture, which had seemed barren and grey during the day, is now lit beautifully. The snow fell in larger flakes and Sam was able to gather some footage. A man approached us for an cigarette. A hint of menace gave way to faux camaraderie. Tomorrow we will meet with Karl.…

Sam and I made our way back to the Dizzy Daisy Hostel in the early evening. Sleep overtook us and we happily lost two hours. We awoke refreshed and were again able to speak to one another. We both admitted that we were becoming bored with the sound of our own voices. We made our way back to the Rynek where we found a subterranean Mexican restaurant. The chilli soup was excellent. Again I was assaulted by dill when the…

A Good NIght Out in the Valleys first review

We spent most of the day wandering the streets of Krakow looking for the story. A Herzogian conceit made us believe, in our naivety, that all we needed to do was to arrive here with a camera and the adventure would begin to unfold. We filmed flapping plastic sheeting and industrial fences. The buildings of Krakow flapped in the bitter breeze as we attempted to capture its architecture, displayed upon the canvas that…

The Last of the Alaskans....

Well that was a lovely trip.IThink i might buy a season ticket and go on that trip again...

The response to 'A Kind of Alaska' has been very positive , and i want to thank everyone who came up to us to thank us for the show and who have left messages to say how much the enjoyed it. It has provoked some very interesting discussions about the play, the style, the acting and the concept we went for. For the record, i followed Peter Hall's method.I thought, Well i might as well be…

To what extend is our interpretation of a people coloured by the landscape in which we find them? The bleak snow scattered country side on the journey from Balice airport to Krakow shapes my reading of the people. In what ways does this landscape and its history shape their own identity? The south Wales valleys. Full of people and full of life despite circumstance, in spite of the history that those I spoke to were so…

So, we have now completed our run in Blackwood and it feels a little like leaving home for the first time. We have been rehearsing there for so many weeks, it feels like that is where the show belongs. But, as we have known all along, it is time to leave and move on to the next venue. However, we are taking one part of the Blackwood shows with us... the musical phenomenon that are 4th Street Traffic are joining us in Blaengarw (at very short notice!!!)…

Every-time I get on a plane I think I am going to die. As a direct consequence I spend the day prior to take off behaving like a condemned man. Swimming with Poppy in the morning is far more poignant and for the first time in several years I make sure that I send my mum some flowers for mother's day.
I also tidied. The last thing i want is for the last impression of me to be a messy one. Though if the plane does come down I guess that is…
Continue